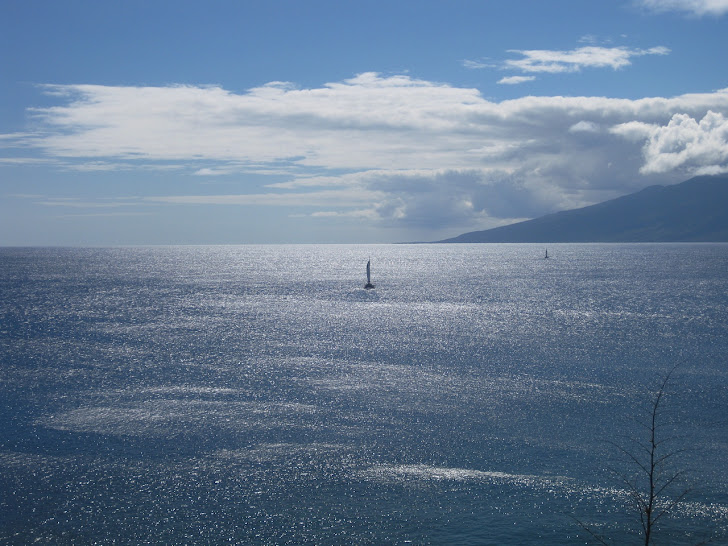 Here are my 2012 predictions for what has become known as the Awakening of humanity:
As we move into 2012, it often feels to me like we are living simultaneously in 2 distinct worlds. Those worlds appear to represent opposite extremes, and yet at their center, they blend into a thick gray fog of confusion and paralysis. As the Awakening unfolds, the confusion will gradually fade, as the sad but true nature of the illusion of our mutually-accepted reality becomes clearer, and then unacceptable. Some people continue living in the Old World, oblivious to the dark agenda that has shaped so much of our common experience. Some people live with one foot in the Old World and the other in the New World, unsure what to believe about where we have been, where we are today, and where we might be going. Some people see the signs of the changing times all around them, have wholeheartedly embraced the New World, and have dedicated themselves to moving forward no matter what.
The Old World, with its old ways of thinking and being, is at this very moment collapsing all around us. The defining principles of that old worldview are fear, greed, separation, scarcity, and war. Despite the ongoing efforts of those who cling to the past, and those who benefitted in the past, nothing and no one can stop the agonizing death of the Old World in the years immediately ahead. Structures and systems that are opposed to life and the collective well-being simply cannot survive much longer. We have already pushed the pendulum too far, and now it must swing back toward the positive.
Prediction: In 2012, we will see the collapse of the Old World accelerate and intensify, on several fronts. There will be more corporate, political, religious, and military scandals than at any time since the 1960's. That means more bankster fraud, more shocking human-rights abuses, more forced resignations of high-ranking corporate and governmental officials, and more secrets of high-level corruption uncovered and made known. Some of these revelations will be quite shocking and unexpected, but it is for the best and it must happen this way to jolt us out of our collective insanity.
The New World, with its new ways of thinking and being, is at this very moment blossoming all around us. The defining principles of this new worldview are love, cooperation, wholeness, sustainability, and peace. It has taken nearly 50 years, but now the evolutionary echoes of the personal and social progress of the 1960's are reverberating around us, and reminding us that it is time to make another leap forward. In 1967, one of the most popular counter-culture mantras was "Tune In, Turn On, Drop Out." In 2012, one of the most popular counter-consumer mantras could be "Go Within (yourself), Turn Off (the TV), Opt Out (of the Rat Race)."

Prediction: In 2012, we will see the growth of the New World accelerate and intensify, on several fronts. Lifestyle practices that once seemed fringe or New Age, such as Eastern religions and philosophies, meditation, yoga, organic gardening, natural foods, alternative fuel vehicles, and caring for the environment, are becoming mainstream. The Internet is freeing generations of former office-bound workers to leave their cubicles, work from home, and spend less time in traffic and more time with their families and friends. Adults are going back to school not to obtain a degree, but to gain knowledge and skills that will enable them to start small businesses, rather than relying on obsolete corporate employers. Perhaps most importantly, the Awakened are trusting their intuition as a means of navigating through the often-muddled waters of life, rather than following the tired voices of Old World authority.


Here are some more tell-tale signs and specific predictions of The Awakening that is changing and shaping our world right here and now in 2012:
Old World Values: be like everyone else while simultaneously trying to stand out from the crowd, conspicuous consumption of expensive new goods, living beyond means through credit, external indicators of meaning and value.
New World Values: be yourself while simultaneously merging with something bigger, inconspicuous recycling of inexpensive used goods, living within means without credit, internal indicators of meaning and value.
The success-oriented motivational speakers who prowled the lecture halls and stages of America in the Big Business 80's and 90's have gradually given way to spiritually-inclined authors, teachers, and healers such as Dr. Wayne Dyer, Marianne Williamson, Eckhart Tolle, Caroline Myss, and Deepak Chopra.


Prediction: In 2012, we can expect renewed interest and increasing exposure for films with an awakened message, such as The Matrix, What The Bleep Do We Know, Conversations With God, The Celestine Prophecy, Peaceful Warrior, The Shift, and many others. (For what it's worth, I don't consider "The Secret" to be a spiritual film in any meaningful way. Despite its New Age veneer and shiny production values, the film's message was so blatantly materialistic and shallow, and a gross misrepresentation of the true, ancient meaning of the Law of Attraction.)
Prediction: In 2012, we will witness an explosion of new social/spiritual media outlets dedicated solely to The Awakening. French-American entrepreneur extraordinaire Lilou Mace has pioneered this field and generated over 12 million YouTube views for her Juicy Living videos. As Lilou expands into publishing, TV, and other creative outlets, she will continue to inspire other co-creators to follow her lead. This is one consciousness revolution that will most certainly be televised.
Prediction: In 2012, any politically-motivated efforts to limit or in any way restrict free and open access to the Internet will meet with widespread social protest. The Web has proven to be the great democratic equalizer, and the dark side will not stop trying to curb The Awakening by limiting its worldwide accessibility and influence. Resistance to those mis-guided and malevolent efforts will not be futile.
Prediction: In 2012, at least 4 additional states will legalize medical marijuana. Currently, 16 states plus the District Of Columbia allow medical marijuana use. The issue of marijuana legalization is not about drugs - it is fundamentally an issue of liberty, and the rights of adults to control their own bodies and seek happiness on their own terms. As the Awakening spreads, so too will the acceptance of natural, organic, non-addictive medications and other useful substances that can be grown, processed, and safely utilized by informed adults.
Prediction: In 2012, at least 3 additional states will legalize same-sex marriage. Currently, 6 states plus the District Of Columbia allow same-sex marriage. The issue of gay marriage is not about homosexuality - it is fundamentally an issue of freedom and equality. As the Awakening grows and gathers momentum, so too will the tolerance of alternative lifestyles by consenting adults.
Prediction: In 2012, legal action will be undertaken to challenge the Supreme Court's Citizens United ruling, in which the Court held that corporations and unions reserve the same rights of free-speech as those granted to individuals. The growing backlash against corporations and their undue social and political influence is one of the most fundamental and compelling aspects of the global protest movements. As the Awakening takes hold, corporate corruption in its many guises will no longer be accepted as an inevitable part of the system.

Prediction: In 2012, organized boycotts, civil disruptions, and Occupation-style movements will cease being the fringe exception and will become the norm, as mainstream citizens increasingly fed up with the profits-over-people value system of multinational corporate America start acting up. We could see a trend toward "send it back/take it back" in which citizens simply decide they no longer need a house full of cheap, sweatshop-produced consumer items they bought at some big-box retailer.

Prediction: In 2012, Made In America will once again stand for something we can all be proud of, as small, independent, community-minded businesses that produce high-quality, affordable goods and services will take root and flourish. Look for new community-based websites similar to Craigslist to fulfill the role of promoting the modern-day equivalent to the neighborhood Mom-and-Pop shop.

In closing, I believe the first 2 parts of my 2012 Predictions (Part 1: Obama's re-election and renewal; Part 2: Economic meltdown) dovetail perfectly with this Part 3: The Awakening in the sense that, taken together, they constitute a significant portion of the Critical Mass necessary to further the Awakening process. During hard times like these, real leadership is needed at all levels, and when present it can inspire millions more people to change. The changes won't always be easy, but we can make it happen if we work together.
We have reached the point in our collective human evolution when the painful truths about why our world is the way it is must be exposed. Subsequently, the solutions, or what each of us can do to change ourselves and our world must then be explored. The challenges we face lay both within and without us, and so too do the answers. By going within and discovering that eternal divine presence of light and truth, we can make an evolutionary leap into a brilliant future...and make real, dramatic progress toward creating our heaven on Earth.
Stay tuned...in Part 4 of my 2012 Predictions, I will offer a look ahead for what I believe is the missing piece to humanity becoming a Galactic civilization.
Posted by GORDON MAJACK at 2:41 PM No comments: